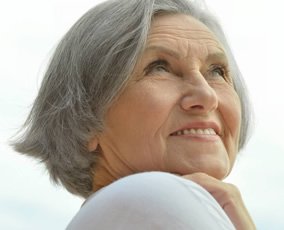 Patient care comes first, we listen to your individual needs to help you make the safest choices, as well as to achieve the best possible result.

Beauty is eternity gazing at itself in a mirror. Kahlil Gibran

Why do patients request a MACS facelift?
With the passage of time the ligaments that hold the skin of the face in position stretch and there is also a decrease in the natural fat that is present in the tissues. As a result of this the skin on the face, the brow and the neck begins to sag. Patients do not like the appearance of the jowls that start to develop. A MACS facelift can improve the appearance of the face when a full face lift is not required.

Are there any reasons for a patient to not have a MACS facelift?
Patients who are actively smoking or on blood thinning medication such as aspirin and warfarin are at a high risk of complications such as bleeding or wound infections and delayed wound healing. It is advisable to not consume nicotine in any form for six weeks before a facelift and to stop medication is such as aspirin or warfarin (if this is not for an essential or life-threatening condition) at the appropriate time before surgery.

What you need to know

How long does the operation last?
A MACS facelift usually takes about 2 hours to perform.

How long am I in hospital?
Patients usually stay in hospital for one night. The operation can be done as a daycase with the patients returning the following day for the dressings to be changed.

What happens when I go home?
Before you go home the bulky dressing around you face is removed and any small drains are taken out. Your hair is washed and you are put in a face mask. An outpatient appointment is arranged for a few days after surgery for removal of sutures. The fine sutures in front of the ear are removed after 5-7 days. Generally the pain after a MACS facelift is mild but once home, further painkillers may be taken if needed, as advised by your doctor.

Applying a cold compress, such as ice or a bag of frozen peas (both wrapped in a towel) can help to reduce the swelling and bruising. You should not apply ice directly to your skin as it can give you an ‘ice burn’.

There are some important things to remember while recovering from a MACS facelift:

How much time do I need off work?
Most patients are able to return to work and to social activities within two to three weeks of their operation.

What are the risk and complications of this procedure?
A small percentage of patients undergoing a facelift can have complications just like any other surgical procedure which include:

Scars which are visible in the early post-operative stage but which normally fade over a period of months. Sometimes the scars behind the ear can become thick and more red. These are called hypertrophic scars and can take sometime to settle down.

There can also be a loss of function or injury to the branches of the facial nerve which is responsible for movements of the muscles of expression in the face. Very occasionally patients may need a small revision procedure. Depending upon the nature and extent of the procedure that you need your surgeon will discuss the potential complications with you in detail during your consultation.

Enquiries
Request a callback
FAQ’s
Menu
This website uses cookies to improve your experience. If you continue to use this site, you agree with it.
Ok